Once in the hands of medical professionals, you're in better hands…right? Not necessarily. Be sure to educate yourself before you get too cozy. 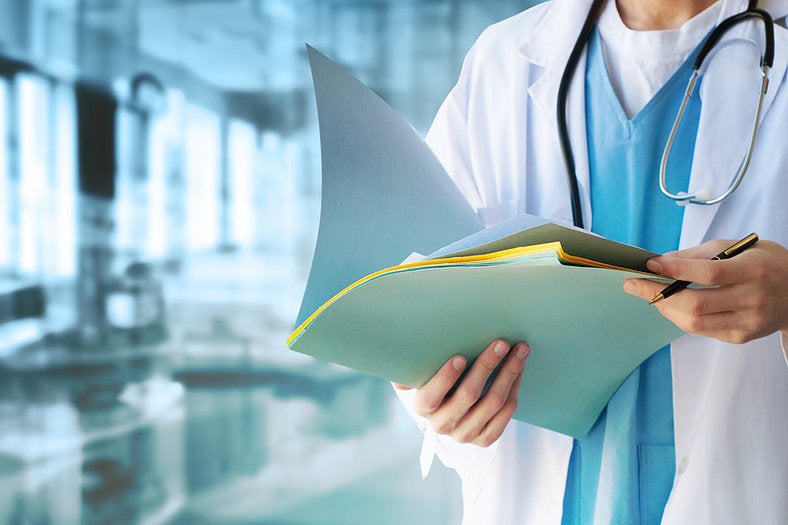 A hospital isn't somewhere you typically want to go, but if you're going to be there, it's best to be in the know. In the know about what, though? The fallibility of hospitals and everyone within them.

You may have already had this realization, particularly if you're around the age when the peers you went to high school with have started to become doctors and nurses-but medical professionals are human beings, not gods, and they do make mistakes. Sometimes big ones. Hospitals, of course, won't go out of their way to advertise this fact to you, a patient.

Read on for eight secrets hospitals aren't telling you, but that you should nevertheless be aware of.

You still need to sanitize everything –

We tend to place a lot of faith in the benevolence, authority, and effectiveness of institutions, but the frightening reality is that they're just as prone to mistakes as individual people. Like the entirety of the human population, hospitals vary in their propensity for making mistakes. Some have consistently great surgeons. Some have high incidences of surgeries gone awry. Undoubtedly, though, all of them have germs, and you shouldn't assume that the routine cleaning performed in hospitals is all you need to protect yourself. 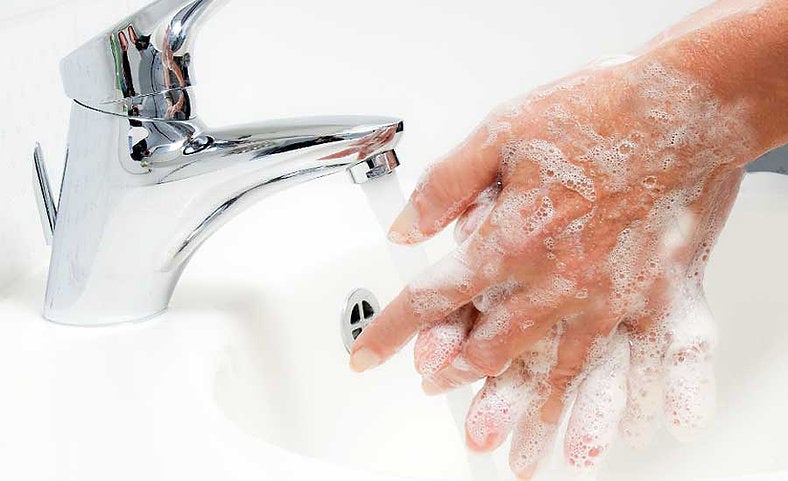 As Karen Curtiss, author of Safe & Sound in the Hospital: Must-Have Checklists and Tools for Your Loved One's Care, tells Reader's Digest:

“Superbugs live everywhere, and they can travel. Even if your doctor washed his hands, that sparkling white coat brushing against your bed can easily transfer a dangerous germ from someone else's room. Ask for bleach and alcohol wipes to clean bed rails, remotes, doorknobs, phones, call buttons, and toilet flush levers. Wash your hands before you eat.”

Your doctors may be practicing on you –

Would it be cool with you if, say, you had to have a spinal tap and you learned that a fresh-faced doctor would be performing the procedure on you for the first time, and in fact they had just come from watching-wait for it-a YouTube video about how to do it? 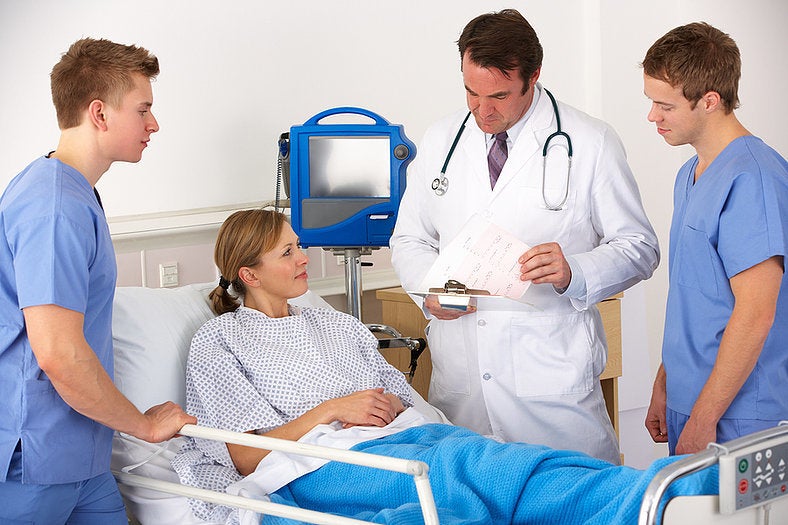 Yeah, we wouldn't be cool with that either. But apparently, there isn't much choice, according to an anonymous ER doctor who tells Cracked that this exact series of events happens with frequency. She says:

“It might be a nurse doing an IV, a physical therapist getting you out of bed, or it might be your doctor. In the good old days, medical students got more of this hands-on training before they graduated, but due to changes in medical education, brand-new doctors often have to learn on the job.

“As a senior resident, I've walked interns through everything from a pelvic exam to a lumbar puncture to a central line placement (that last one might not sound too bad, until you realize a ‘central line' is a large IV usually inserted directly into your jugular).” 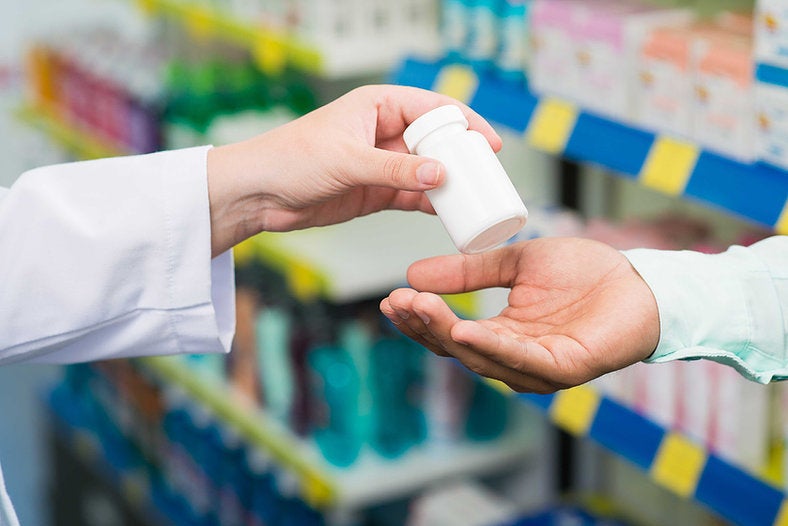 Some hospitals have nurses who consistently give the appropriate dosages. Others have nurses who are more prone to making mistakes. Certainly, there are both kinds of nurse in every hospital, but the right organizational habits can help guard against the more serious flubs.

Whatever the case is in the hospital you're visiting, it's always smart to educate yourself as much as possible about the medicines you're supposed to take and the proper way for taking them. How much? When? Why? And another important one that many forget to ask: What should I take it with? As Evan Levine, MD, a cardiologist and the author of What Your Doctor Can't (or Won't) Tell You, says in Reader's Digest:

“Don't assume the food is what you should be eating. There's no communication between dietary and pharmacy, and that can be a problem when you're on certain meds. I've had patients on drugs for hypertension or heart failure (which raises potassium levels), and the hospital is delivering (potassium-rich) bananas and orange juice. Then their potassium goes sky high, and I have to stop the meds. Ask your doctor whether there are foods you should avoid.” 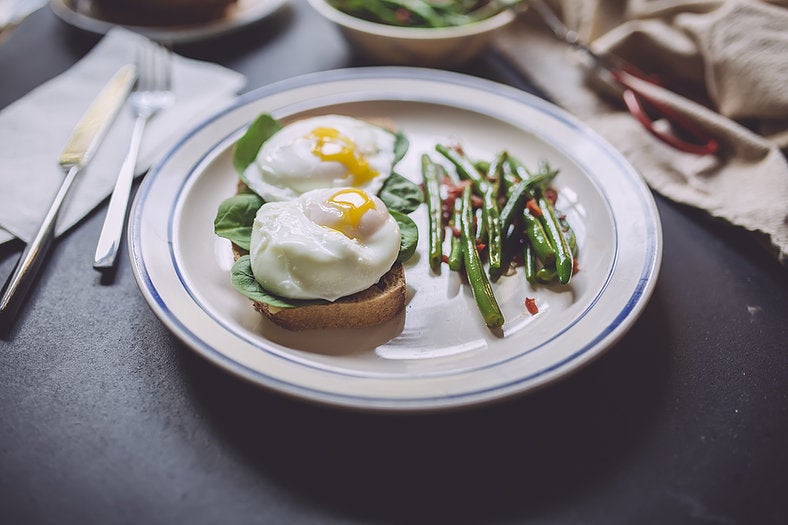 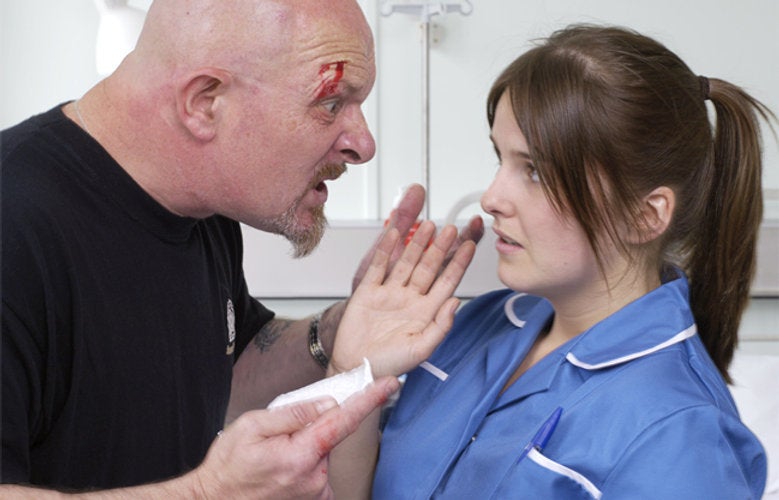 “There is more violence than ever before. Nurses have been attacked, bitten, spit on, and choked. It's partly because hospitals are no longer prescribing pain meds to addicts, and addicts can get very aggressive. It's also because our mental health system is broken, so some of those people are coming into the hospital and acting out.”

But sometimes the physical aggression happens among the medical professionals themselves. RN Ricky Lake (not to be confused with Ricki Lake) at Parallon Nurses Network tells author Missy Wilkinson that the high tension between staff members can get violent:

“My charge nurse warned me about one of the surgeons who actually physically assaulted a nurse once. Grabbed her by her scrub top, in front of the patient and family, and dragged her out of the room because he was upset about some replacement potassium being administered through a peripheral line instead of a central line (which is still OK as long as the concentration and rate are adjusted appropriately). They aren't all like that, of course. But I do not socialize much with [people] that I work with.”

Hospital rooms aren't like hotel rooms for a reason, but that may be changing –

If being in your barren hospital room reminds you of your freshman year in your college dorm room that you never bothered to decorate (because what was the point of anything?), that's not just because hospitals want to remind you of the most depressing semester of your life.

A New Orleans nurse tells Wilkinson, “The bare-bones decor of rooms is so it's easier to clean and thereby sterilize. It's cold for a reason-to kill bacteria. It can't survive in cold temperatures.” (Really though, about the bacteria? Seems more like it'd just be harder for it to grow.) 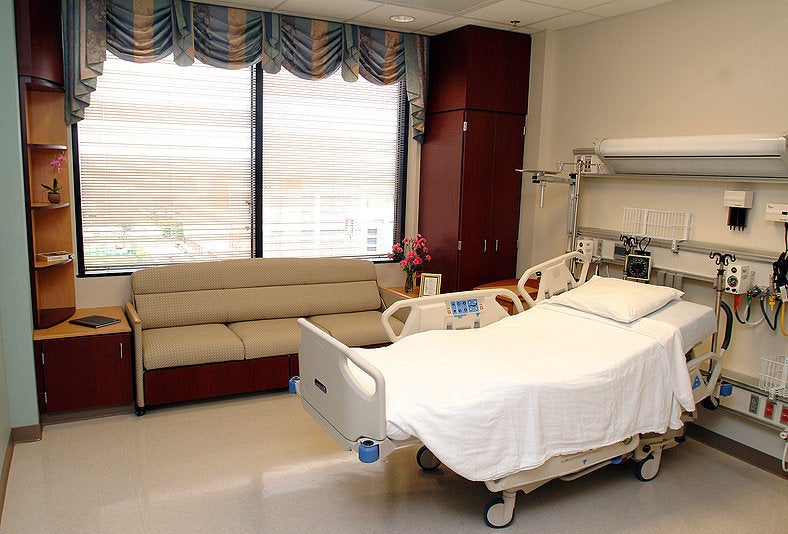 However, all of this may be subject to change. Healthcare IT consultant Bill Balderaz tells Reader's Digest:

“Hospitals worry about losing revenue to retail clinics, urgent-care centers, and private surgery centers. To attract patients, they try to appear like hotels. They have waterfalls, pianos, and big windows. Instead of hiring people with backgrounds in health care, they're bringing in people with experience in retail and five-star hotels.”

Give your nurses a break. It could save your life –

This may not come as a surprise to anyone who personally knows a nurse, but: nurses are overworked. “Hospitals are understaffed,” the New Orleans nurse tells Wilkinson. “I have yet to see a hospital that wasn't.”

“Hospitals often force nurses to handle more patients than they should-even though studies show if your nurse is responsible for fewer patients, they have better outcomes. California is the only state with hospital-wide minimum nurse-patient staffing ratios. Researcher Linda Aiken at the University of Pennsylvania found that each extra patient a nurse has above an established nurse-patient ratio made it 7 percent more likely that one of those patients would die.” 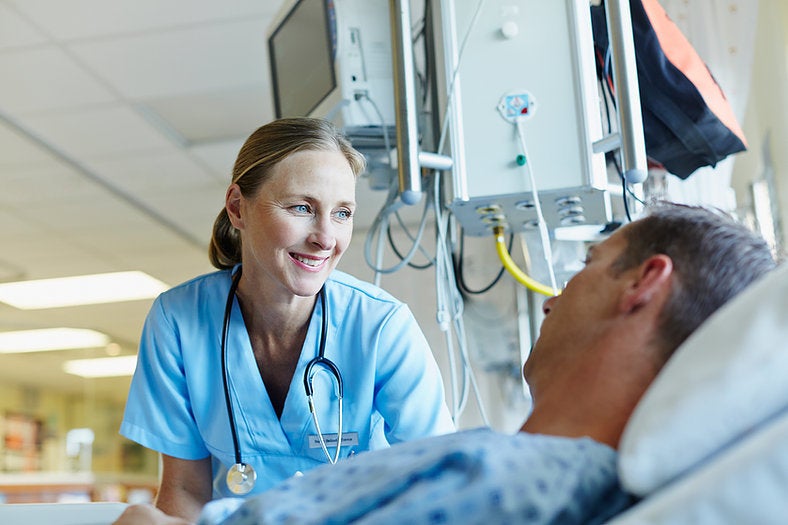 For this reason, you should be extra-vigilant about your care, and speak up to ask questions or make clarifications. Unless, that is, your nurse is right in the middle of certain important tasks.

Don't interrupt the nurse when he's preparing your medications, Sally Rafie, a hospital pharmacist with the UC San Diego Health System, advises in Reader's Digest. “One study found that the more times you distract him, the greater the likelihood of error.”

According to Roy Benaroch, MD, a pediatrician and the author of A Guide to Getting the Best Healthcare for Your Child , you can count on better surgical procedures at certain times of the week. He tells Reader's Digest:

“On weekends and holidays, hospitals typically have lighter staffing and less experienced doctors and nurses. Some lab tests and other diagnostic services may be unavailable. If you're having a major elective surgery, try to schedule it for early in the week so you won't be in the hospital over the weekend.” 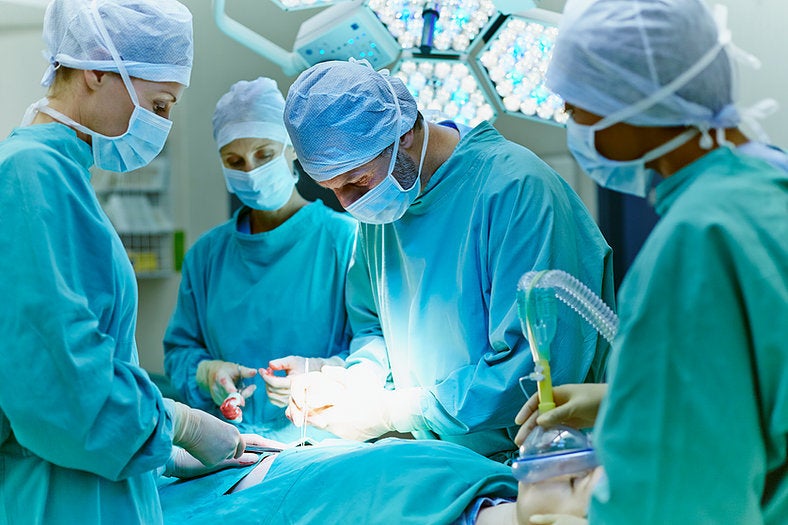 Oh also, you may want to opt for that surgery at a teaching hospital.

It sounds counterintuitive, but when you consider that an atmosphere of more transparency and less fear around asking questions is usually a better one for virtually everything, it makes sense.
Yeah, the healthcare system is broken.

You know how literally everyone is like, “Our healthcare system is broken”?
That's because it is!

There's a lot of inefficiency going on, for example, in emergency rooms. One ER nurse in New Orleans tells Wilkinson:

“It shocks me sometimes the things people go to ER for. Basic medication refills, people bringing in elders with dementia who have no change in condition, back and tooth pain, chronic but stable conditions, ‘I felt bad and had a sore throat, but I feel better now'-things urgent care can handle without the outrageous bill.” 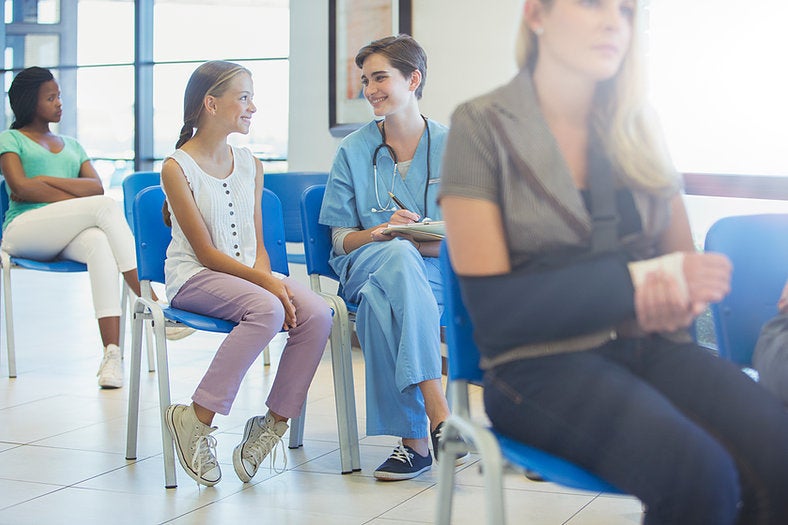 And then there are the addicts that doctors have to deal with, as the anonymous ER doctor tells Cracked:

“They'll claim, ‘I'm allergic to everything but one [… ]it starts with a D?' That's the […] painkiller Dilaudid, and they damn well know the real name. But every […]seeker seems to follow the same script: they'll come in claiming some legitimate, recurring problem, and then act as if the name of the only pain [medicine] that works for them (which just happens to be a[n opiate], every time) is some half-remembered riddle.”

Of course, some of this would be mitigated if there were healthcare for all, including mental health and substance abuse rehabilitation programs.

“The reason people go to the ER with vague, non-urgent symptoms is usually because they are uninsured and do not have a primary healthcare provider. I'm currently in the ER and, yes, that can be exasperating. But you have to look at the systemic reasons that it's happening. One reason: lack of access to care. And we just lost the fight in Louisiana that would have allowed more nurse practitioners to be able to practice without the overly burdening collaborative practice agreements in place with physicians. There is a shortage of primary care providers across the country.”